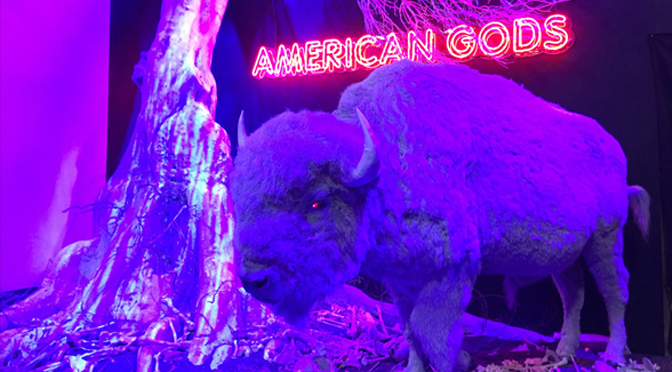 “American Gods” Episode 1 showered us in blood, dazzled us with Ian McShane and provided the first on-screen depiction of a man swallowed whole by a vagina (Big D thought it was sexy). What more do you want?

Someone, to help make sense of it all? We got you, Boo.

The action gripped us. The soundtrack, visual effects, and performances were better than most series’ finales. Thus, we’re willing to forgive a few inconsistencies and give “American Gods” the Shat on TV seal of approval.

After you listen, send us your theories, observations, and opinions at hosts@shatontv.com!

Storyline for “The Bone Orchard Review” :
Episode 1: A man, broken and alone, wishes only to survive his time in prison long enough to see his wife again. Although unexpected news releases him from prison early, it is hardly the news he wishes. Left feeling like he is looking at the world from the bottom of a well, he must literally walk the heroes’ path back to a time where he even resembles sanity.