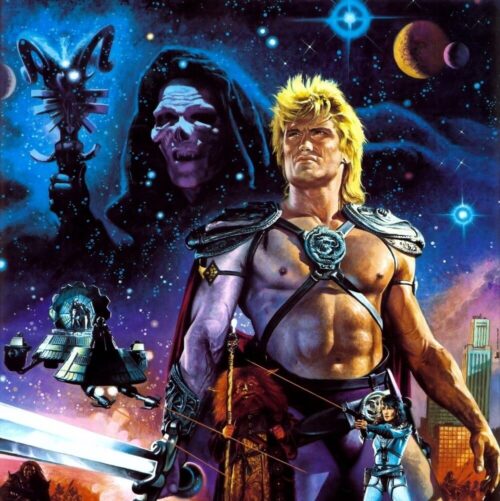 When the evil Skeletor (Frank Langella) finds a mysterious power called the Cosmic Key, he becomes nearly invincible. However, courageous warrior He-Man (Dolph Lundgren) locates inventor Gwildor (Billy Barty), who created the Key and has another version of it. During a battle, one of the Keys is transported to Earth, where it is found by teenagers Julie (Courteney Cox) and Kevin (Robert Duncan McNeill). Now both He-Man and Skeletor’s forces arrive on Earth searching for the potent weapon. Commissioned by William C. (12/11/20)