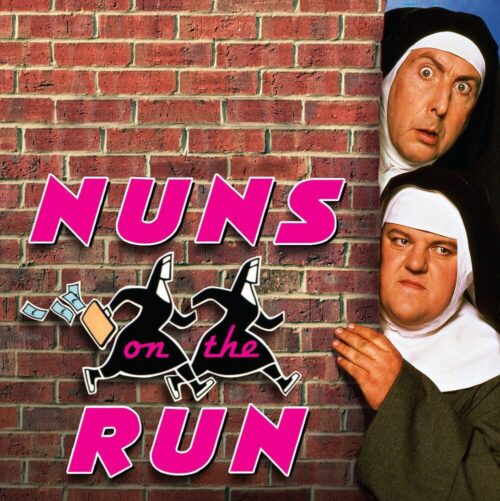 Set up by their boss to be knocked off following a final heist, soon-to-retire crooks Brian (Eric Idle) and Charles (Robbie Coltrane) get wind of their impending demise and run off with the spoils of their crime. Fleeing their boss, the drug dealers they robbed, the police and Brian’s angry girlfriend, the two take refuge in a training convent for nuns. In disguise, they convince Sister Superior (Janet Suzman) that they’re nuns, a charade they are forced to maintain as their enemies arrive. Commissioned by Kevin B. (2/11/21).