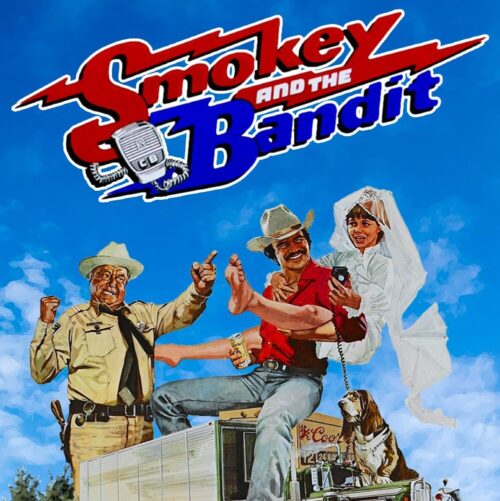 Big Enos (Pat McCormick) wants to drink Coors at a truck show, but in 1977 it was illegal to sell Coors east of the Mississippi River without a permit. Truck driver Bo “Bandit” Darville (Burt Reynolds) agrees to pick up the beer in Texas and drive it to Georgia within 28 hours. When Bo picks up hitchhiker Carrie (Sally Field), he attracts the attention of Sheriff Buford T. Justice (Jackie Gleason). Angry that Carrie will not marry his son, Justice embarks on a high-speed chase after Bandit. Commissioned by Richard M. (4/14/21).