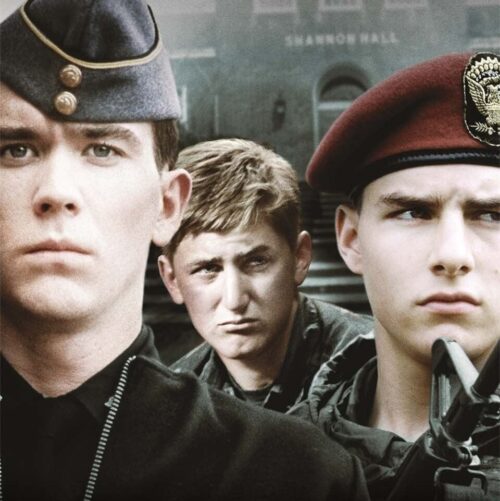 Bunker Hill Military Academy has been targeted by real estate developers for demolition. The students, outraged at the thought of their school being turned into condominiums, vow to fight back. Led by Cadet Maj. Brian Moreland (Timothy Hutton), they stage a school-wide rebellion that ends with them in charge of the campus. After winning over the headmaster (George C. Scott), Brian and his fellow cadets, Alex (Sean Penn) and David (Tom Cruise), face their toughest battle yet — with the Army. Commissioned by Jamie L. (1/15/21) Pending.