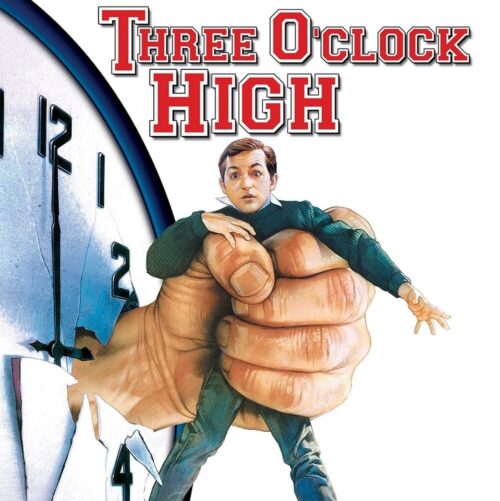 Preppy high school reporter Jerry Mitchell (Casey Siemaszko) is asked to write a story on a tough new kid named Buddy Revell (Richard Tyson), a boy rumored to have a violent past. Jerry tries to call off the story, but in the process, he infuriates Buddy, who challenges him to a parking lot brawl immediately after school that same day. As Jerry desperately attempts to escape the impending fight, he instead ends up finding the courage to stand up to Buddy. Commissioned by Jen Rank for Husband’s birthday special. (11-22-21)