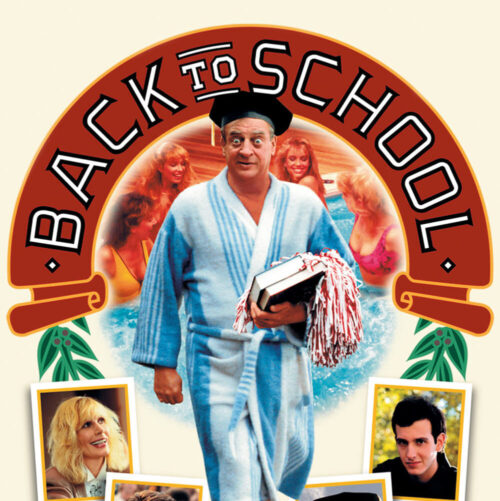 Thornton Melon (Rodney Dangerfield) is concerned that his son Jason (Keith Gordon) is unsure whether to go to college, so the uneducated self-made millionaire encourages him by signing up as a student as well. As Jason tries to establish himself among his peers and make the diving team, Thornton falls for a pretty professor (Sally Kellerman) and gets others to do his schoolwork for him. When the suspicious dean (Paxton Whitehead) finds out, Thornton needs to show he can get by on his own. Commissioned by Eric C. (8/19/21).