Westworld Fan Glossary: 9 Westwords you made up 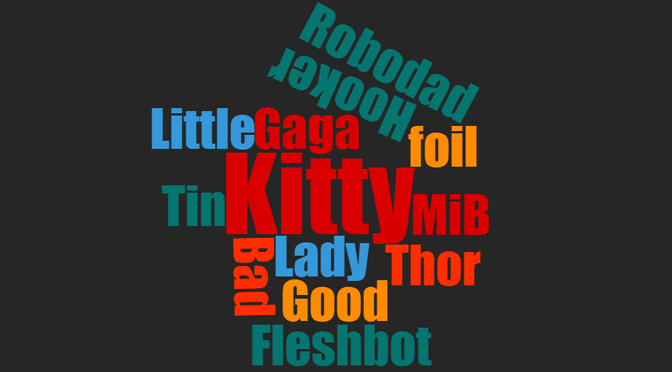 Fleshbot. Bernarnold. #DongWatch2016. Westworld is such a different show from anything else on TV, fans no longer can capture their ideas in normal English. After laughing, cringing and sometimes scratching our heads at the terminology Westworld has inspired, we though it would be fun to build the Westworld Fan Glossary.

We’ll start off with our ninefavorites. You add more in the comments.

The two bumbling butchers manipulated by Maeve have become Westworld fan favorites, and their names simply can’t be a coincidence.

Sylvester and Felix both have cartoon cat names and work the same job, but that seems to be where the similarities end. Felix appears to be a goodhearted young tech with a penchant for reanimation, while Sylvester presents an older, darker personality who pimps out deactivated hosts.

Is Bernard a host with Arnold’s consciousness? Is he a host made in Arnold’s image? Was Arnold a host in the first place?

We don’t know, but the link between the two characters is so frequent that fans have taken to referring to them as one entity. It’s like Bennifer, but without the conflicting accents. We think.

Screw”Game of Thrones” and it’s embarrassingly small representations of male genitals; “Westworld” is a big-bore production with abundant meat on display.

Cold storage looks like a kielbasa factory, and Elsie’s examination of Bartenderbot directly addresses the elephant in the room. And his impressive trunk.

With all the ginormous penis on display, fans began tweeting #DongWatch2016, and a movement was born.

Not to be confused with the early hosts of Westworld (who apparently can pop open their faces because that’s somehow a useful feature), these are the newer model of host.

The Man in Black laments that fleshbots don’t have the elegance of their mechanical predecessors, and we’re still left wondering how they’re made.

OK, so maybe this one only was used once, but it clearly made an impression.

During Episode One, “The Original,” a few fans (and I) thought Clementine was played by Lady Gaga. She is not,thoughyou have to admit the resemblance is there.

Anyway, a clunkier nickname never was writ. And so, we applaud you, dear fans.

As often as Ashley Stubbs is mentioned by name, you would think Westworld fans would know his name. After all, he’s Westworld head of security and one of the most fiercely debated characters in the who-is-a-host witch hunt.

But because the actor who plays Stubbs, Luke Hemsworth, is the brother of “Thor” actor Chris Hemsworth, he’s stuck with the moniker Little Thor.

Short for Man in Black and a reminder the Will Smith movie will never release our minds from its clutches. Every time Westworld fans begin to have a serious discussion about Ed Harris’ killing machine of a character, his motivations and his vulnerabilities, we can guarantee at least one is thinking about …

We first see Robodad in a photograph Dr. Ford shows Bernard, and we assume he’s Arnold. Later, we see his head in Dr. Ford’s office. And later yet we discover he’s a host designed to imitate Dr. Ford’s father.

Because we’re still not sure of his identity, when we was actually alive or what his role might be in Westworld, the name Robodad seems fitting.

Although, come to think of it, we haven’t seen him do much dadding, other than giving Bernard a spanking.

OK, so Westworld fans didn’t invent the term, but they’ve given it new life. It’s like a verbal trust fall for a new theory.

When you’re about to drop some insane pseudo-scientific, half-researched, completely bonkers knowledge on a fellow Westworld fan, all you have to say is “tin foil,” and all is forgiven.

Westworld fans have even developed a scale of outlandishness, ranging from the simple tin foil hat to full foil burrito.